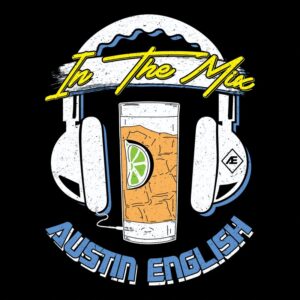 Texas native Austin English continues to knock on the door of mainstream country stardom with his upcoming single “In the Mix,” slated for release on May 27. Produced by Grady Saxman and written by Zach Abend and Casey Twist, as well as former Waterloo Revival members George Birge and Cody Cooper, this contemporary, uptempo groove is a clever blend of music and romance that will keep you rocking all summer long. “In the Mix” is now available for pre-sale and pre-save through AppleMusic and Spotify

“In the Mix” is the follow-up to English’s successful 2020 releases, “Goodnight Marie,” and “Willie Nelson T-Shirt” (which collectively garnered nearly 100,000 streams) and marks a new beginning for Austin English as he pursues his music on a national level. For more information on Austin English, please visit www.AustinEnglishMusic.com

For well over a decade, Austin English has been pounding on the door to stardom. The hard-to-ignore, 6’6” Texas-native has commanded many of the biggest stages in the Texas Midwest and Mountain West with his high-energy shows (including the Highway 30 Music Festival, Texas Hall of Fame, White Elephant Saloon (in the Ft. Worth Stockyard), Rodeo Austin, and Gruene Hall), wowed as an opener for national artists (including but not limited to) Charlie Daniels Band, Granger Smith, Daryle Singletary, Tracy Byrd, Reckless Kelly, Gary Allan, Cody Johnson, Will Hoge, and Radney Foster, and garnered hundreds of thousands of fans with his dynamic vocals and songs that are both authentic and infectious.
English’s music is reflective of his rural upbringing in the Blackland-Prairie town of Elgin but as eclectic and diverse as Texas landscape where he was raised. Sandwiched between Hill Country, the Gulf Coast, Piney Woods, and the South Texas Plains, English began his professional career as a teenager performing with a band called The Crop Dusters across the area. Later, he would step away from the group to focus on his songwriting, drawing inspiration from two iconic, neighboring taproots: the Coupland Inn & Dancehall, and the bustling Austin music scene—hallowed ground where outlaws and legendary balladeers performed and shaped the direction of many genres of music.

In 2019, English released a trio of singles, “Pieces,” “7th Street,” and “Heartache in a Small Town,” that would collectively garner nearly 100,000 streams with little to no promotion, the later notching his first top-30 hit on the Texas chart and widening the door of opportunity to explore his music on a national scale.

Springboarding upon this success, English signed with 40 West Entertainment, and aligned with the top songwriters and producers in Nashville to release “Willie Nelson T-Shirt” and “Goodnight Marie” which amassed another nearly 100,000 streams in short order.
English is currently in the studio working on a new project. His first single from the sessions, “In the Mix” is slated for release on May 27.
If you’d like to learn more about Austin English, be sure to visit his official website at AustinEnglishMusic.com and be sure to follow him on Facebook, Twitter, Instagram, and YouTube for the latest news, information and music. His music is available online for purchase, stream, and playlisting through most major outlets, including Spotify, AppleMusic, GooglePlay, and more!